The Volkswagen Van 2020: What the Rumours Say 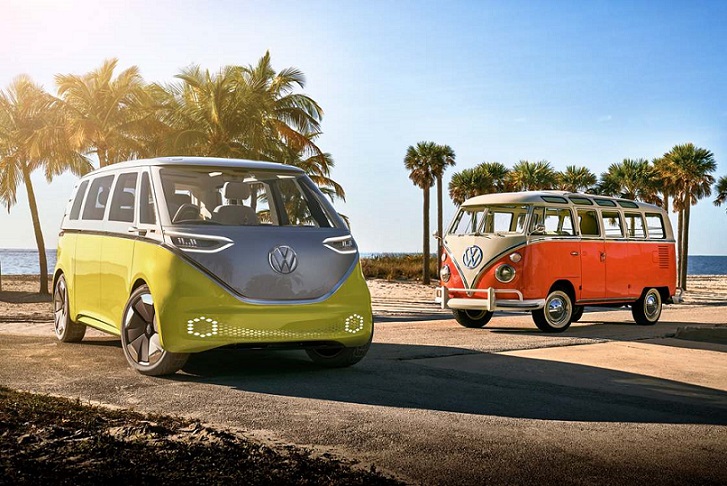 Picture this: Bringing back the good old VW van, back from the hippy days, except this time, it would be electric. Perfect right? There are so many reasons why this idea makes sense, that it is difficult to think its existence is still just a rumour. If the German car manufacturer needs a marketing idea to help them put this van out, how about using the characters from Scooby-doo? That would be a match made in heaven! Here is what can be heard on the streets…

Is a Volkswagen minivan 2020 on its way?

Volkswagen has to face the truth: They are not at their best right now. Dieselgate has had strong effects on the car manufacturer’s sales, and it hasn’t gone away just yet. As if this wasn’t enough, it also seems like the designers at VW have completely lost their imagination. Unless, of course, the idea of the electrical minivan is true. Otherwise, if you look at the Volkswagen cars and SUVs, they are basically all alike! It’s even hard to distinguish their higher-end models to their lower-end (Golf vs Polo and T-Cross vs Touareg).

In fact, if it wasn’t for the indisputable quality of their engines, and their discotheque-worthy sound system, who would be buying a Volkswagen today? The visual of the Volkswagen vehicles has not changed in years. When you see one on the street, the chances you go “wow” at its sight, is close to zero percent. That is why the news of a 2020 VW bus is so exciting. It could come as a brand revival, bringing back old customers to new products. Yet, we still don’t know if it will really happen.

Retro baby. Did we say retro? Yes, retro. Bringing back images of the legendary Type 2, T1 van. That’s the iconic hippy style van, which everybody (that’s not younger than 30) has seen at least once in its life. And why are people thinking this van could exist in 2020? That’s because, three years ago, VW presented a highly futuristic electric van in the style of that legendary machine. And it is quite obvious that there is no better way for Volkswagen to come out from the Dieselgate then by going electric, right? Is there something the designers and decision-makers at VW are not understanding about this absolute fact?

Every car manufacturer comes out with something “cool” every once in a while, just to electrify the brand, a little. Citroen is flashing its top all the time, while Toyota clearly did it with its hybrid SUV and Hyundai with its Veloster, while Kia couldn’t be left behind and came out with their Stinger. So why wouldn’t Volkswagen follow suit and bring out the Buzz van? After all, resurrecting the Beetle was such a success for them, why are they afraid of coming out with a 2020 VW bus? People get sentimental about cars from other eras. We say: Bring out the Volkswagen van 2020 now, and let’s see sales go off the roof!

The 2017 Buzz: Almost ready to launch

If we take another look at the model VW presented back in 2017, it is pretty clear that there isn’t much that needs to be changed for this VW bus to be placed on an assembly line and delivered to customers. In fact, if you only replace the lights for normal ones and add mirrors and door handles, it is ready to be produced as the spec sample, at least for the exterior.

The 2020 VW bus interior is a different story. There is definitely more work to be done to get it to look like a normal car. But if you replace the steering wheel, it is already looking just like a future car, and not fantasy anymore.

A Revolution under the Hood

The Buzz model has two electric motors under the hood. In total, the two of them, with the help of a 111kWh battery pack, could supply the power of 369 horse powers and a range of 270 miles. When you look at what exists on the market today, these numbers seem exaggerated. But even if they were half of that, the reality would still be quite impressive. And what about the price? At forty thousand dollars, it seems like a relatively good deal. After all, many of the hippies of yesterday are quite fortunate today…

There is no doubt that a 2020 Volkswagen van is the remedy to the VW brand. If it is so obvious to us, why isn’t it to those claiming responsibility for the brand? Maybe there is something that we don’t know about that could explain why three years later, we still haven’t seen the Buzz VW come to life. Let’s hope the wait ends soon, and that we can get on the highway behind the wheel of this beautiful machine.