The History of the First Automobile 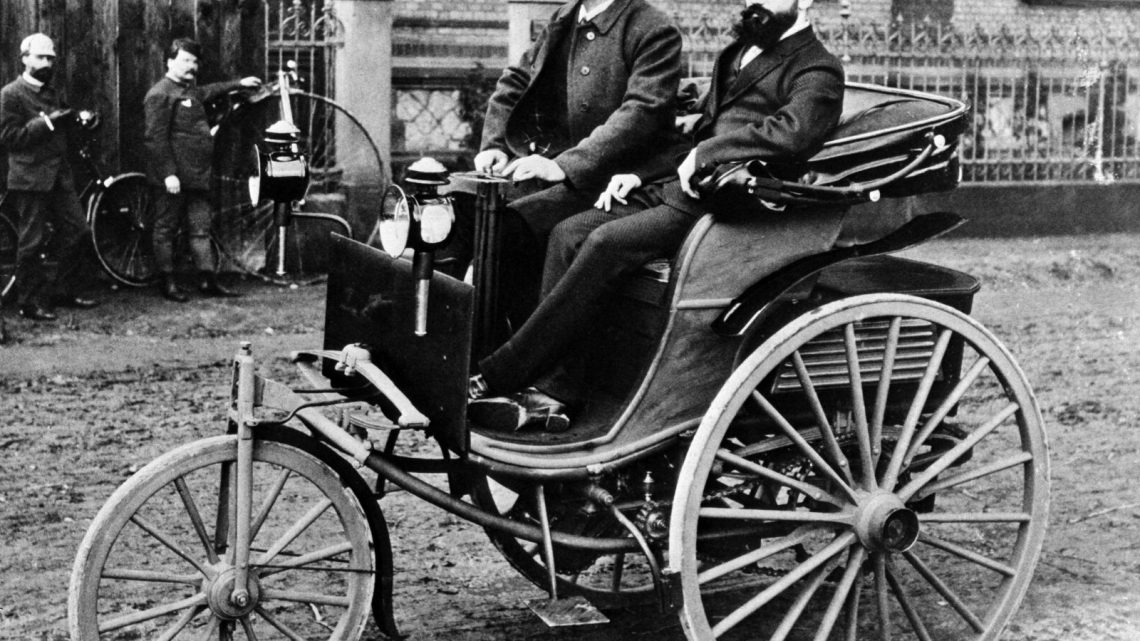 We have sure come a long way since the first car models from the 1800s. It all started with the first patented car by Carl Benz: the Benz Patent-Motorwagen Nr. 1. This car was a 3-wheeler with 2 seats and it was able to output 0.75 of horsepower. Now if you look at the high-performance cars we have today, it is hard to imagine that something like that ever existed. How much did the first car from Carl Benz cost? When was it officially used on the roads? Let’s go back to the past while we take a closer look at the Benz Patent Motor Car.

Who was the inventor of the first car model?

Carl Benz (or Karl Benz) was born on November 25th, 1844 in Germany. After studying at the Polytechnic in Karlsruhe and working at various jobs, Benz had decided to open up his first company in partnership with August Ritter.

While working at this new location, he was completely absorbed by the idea of a two-stroke engine. He was working on it almost every day since it was his dream to make a self-propelled engine.

With a lot of financial help, Carl Benz found the money he needed to set up Benz & Co, his new engine company. In 1886, the famous patent No. 37435 was granted to the Benz Patent Motor Car, along with the first car to ever be put to the test on the roads.

Why Carl Benz’s car was a success?

In 1888, it was actually Carl’s wife that took over by showing the huge potential of the self-propelled 3-wheeler. To do so, she used the car on a trip from Mannheim to Pforzheim, where she brought her two sons, Eugen and Richard. She drove the steel machine on wheels the whole way, and from there, people were very excited to get their hands on this revolutionary way of transport. As an extra note, the model of the car during that trip was the Benz Patent-Motorwagen Nr. 3.

To this day, Germany celebrates this important event by parading antique cars through the same roads of that trip, every two years. This route is called the Bertha Benz Memorial Route and replicates almost perfectly the exact route that was taken during that historical moment.

How much did it cost to buy the first car ever made?

In Germany, the Benz Patent Motor Car Number 1 was priced at 600 imperial German Marks. In US Dollars, that’s $150 USD. In our current times with the inflation, it is estimated that this price would be the equivalent of almost $5000.

A two-stroke engine is what you commonly find in some motorbikes, jet skis scooters, snowmobiles, etc. As you may have guessed already, it is more adapted to small machines, especially with the new engine technologies that are now available. Before going forward with his car invention, Carl Benz made a fully functional two-stroke engine, which was powerful enough to support a 3-wheeler made of steel.

How does a two-stroke engine work exactly? It’s simple, the 2 strokes refer to the up and down movements, of the piston that is being pushed with the combustion process. In order to make this process happen, the crankshaft under the piston has to complete 1 cycle (1 full circle). This pushes the piston upward, and when the cycle ends, the piston goes back down to its original position.

In which video game and which movie can we find Carl Benz’s car?

Did you know? In the video game Gran Turismo 4, a famous racing game released in 2004 on Sony Playstation 2, you can actually unlock the Benz Patent Motor Car N.1.

Did anybody else create a car before Carl Benz?

As a matter of fact, yes, even though we have been giving all the credits to Carl Benz for so many years, it was found later on that other discoveries had been made as well. Here’s a chronological order of the other automobile discoveries:

This concludes the history of the first car ever made and the other automobile inventions that all played an important part in our evolution. When we think about how far our transportation technology is going to be in a couple of years from now, it is quite exciting, and, a bit frightening.