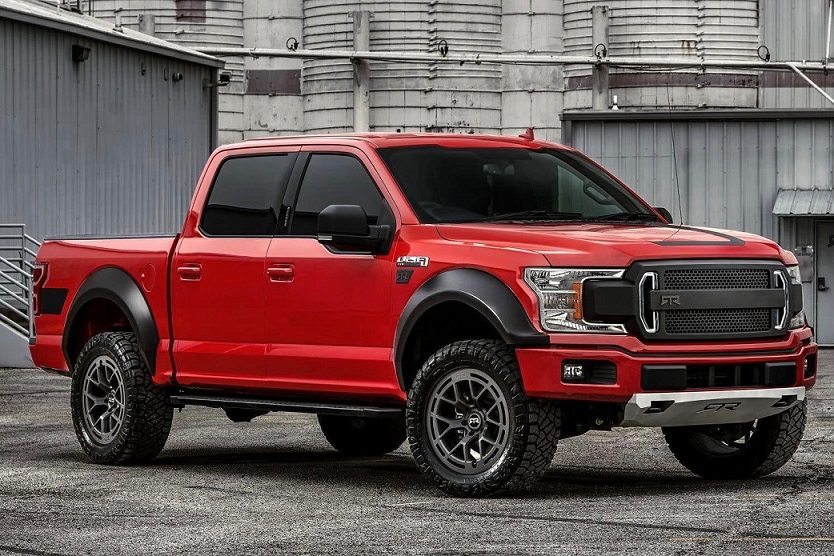 Which pickup line has constantly been the best-seller in the USA? The Ford F-150 Series. Staying on top of a market is difficult but something Ford intends to do while keeping its sales at the number one level in the country. In order to do that, it intends to keep innovating and improving.

The year 2020 should have seen a new addition in the F150 pickup series, as an all-electric model was to be unveiled, but it may have to wait just a little longer. This model is not meant to replace the previous F150 hybrid which will remain in the market as well. Although we don’t know yet precisely what the motor of the new pickup will be like, it was announced that it would be the most fuel efficient of all the F150, ever. As always, it will also provide the best-in-class payload and towing capability.

Innovation Pushed to a New Level

Normally, the news of a new all-electric pickup would be, in itself, exciting news. But Ford has unveiled information which sees innovation go beyond expectations this time. In fact, the new hybrid F150 will also act as a generator. It means for construction workers that there would be no more need to rent and install an expensive generator on the worksite, since the vehicle will be able to power all the tools. It will provide the necessary electricity to run the site, by plugging the tools directly onto the truck.

Details on the new hybrid are still scarce but a video came out from the company showing the new F150 towing a 1 million pound load. They have also announced that the new truck will be able to go more than 300 miles per charge, which indicates that it should be quite powerful too.

Experts believe that the truck will be an All-Wheel-Drive. Since electric motors can put out a lot of power, even at zero RPM, they also expect it to be fast off the line. Final numbers on the model are unknown but should be similar to the Rivian R1T.

The greatest change in the exterior design of the model is that it will use aluminum and other lightweight materials for the body. Otherwise, the new F150 will retain the famous shape that defines it since its inception. One of the modifications in the look will take place on the grille. It will be a two-club grille, larger and more defined than before. It will stretch itself all the way to the new fender structure. Expect a few more body styling differences as well as sliding rear windows.

The key word for the new F150 is “more.” More legroom and headroom for its passengers, with a cabin made for five people. More comfort with plush leather seating surfaces, a Bang&Olufsen sound system and a power controlled sunroof. More accessories with a fully defrosting back window, a lane keeping assistance and a blind spot warning. And let’s not forget the hybrid engine added to the gas-powered models.

The Ford F150 Hybrid: A Best-seller

Ford is already generating a large portion of its revenue from the current F150 hybrid, which explains why they won’t remove it from the market once they bring the new one in. But with the model addition, the company expects that the hybrids F150 should represent 86% of their sales in trucks and utilities by next year already. Today, just the first version already brings in $41 billion in revenue each year.

The competition in pickup trucks in America is already strong, but it might get a little harder in the years to come. Tesla is looking to enter the market and compete against Ford. The blue oval knows it and it is making sure it will keep a step ahead of all competition, including the newcomer. That is why executives and officials at Ford are announcing new innovations to come. They said they were working on a new explorer along with an improved new terrain management system: Proof that they are going in deep by trying to modify the core of the truck.

The new all-electric F150 model was supposed to be released this spring. However, 2020 has been anything but a typical year up to now, with the arrival of the coronavirus and lockdowns all over the world. Now, it is still unsure as to when the unveiling will take place precisely, but there are rumours that it should arrive only in 2021.

If all these expectations are met, there is no doubt that the new all-electric F150 will know a great success. Ford is counting on its new hybrid models to take them to the top. They are planning to release 13 of them by next year; a clear indication of the direction where the company is heading.